Dubbing Wikia
Register
Don't have an account?
Sign In
Advertisement
in: Spanish Films, Netflix Original Films, Films from the 2010's,
and 3 more

2018
Yucatán is a 2018 Spanish comedy film co-written and directed by Daniel Monzón. The film is about a group of scammers who embark in a cruise ship in order to defraud and steal the money of an old baker who recently won millions of euros in the lottery and is travelling on the ship with his family. Yucatán was mostly filmed onboard Pullmantur Cruises's MS Sovereign and on location in the ports where the ship docked during its route. 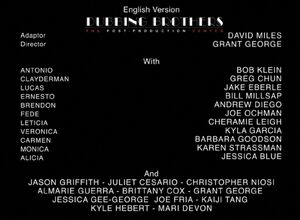