Dubbing Wikia
Register
Don't have an account?
Sign In
Advertisement
in: American Dubbing, Argentine Series, Dubs from the 2010's,
and 4 more

2012-2015
Violetta is an Argentinian telenovela filmed in Buenos Aires, Argentina and developed by Disney Channel Latin America and Europe, Middle East and Africa (EMEA) and production company Pol-ka, debuted in its country of origin, Latin America and Italy on May 14, 2012.

It tells the story of a musically talented teenager (played by Martina Stoessel) who returns to her native Argentina with her father, Germán (played by Diego Ramos), after living in Europe for several years, navigating the trials and tribulations of growing up. 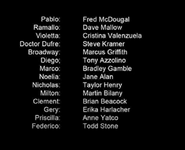