Her onstage performances blend theatre, song, and sleight of hand. She has appeared (as herself) in several comic books, and is a co-creator (and also the voice) of Dinicartoons character Little Rashy. Lee's first venture into magic came when a former high school friend called her and asked if she would like to earn some money as an assistant in his magic act. She was later mentored by some of the leading names in professional magic, including Detroit-based magician Scorpio and illusionist Jonathan Pendragon.

In addition to magic, Lee is a prolific voice actress, appearing in award-winning video games such as The Last of Us, BioShock Infinite, Grand Theft Auto V, Disney Infinity, the Fire Emblem series and more.

She also provided the voice of Aunt May Parker in Ultimate Spider-Man, which airs on Disney XD. At Comic-Con International, Lee designed and taught custom effects to celebrity host and presenters for the "Magic of Comics" themed awards show.

In July 2017, Lee performed on the show Penn & Teller: Fool Us, but failed to fool the hosts.

Lee studied and performed both sketch and musical improv comedy at The Second City in Los Angeles. 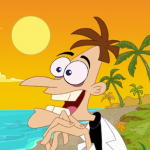