Dubbing Wikia
Register
Don't have an account?
Sign In
Advertisement
in: South Korean Films, Netflix Original Films, Films from the 2010's,
and 3 more

2019
Jo Pil-Ho: The Dawning Rage (악질경찰 Akjilkyungchal) is a 2019 South Korean action film written and directed by Lee Jeong-beom. Starring Lee Sun-kyun, Jeon So-nee, Park Hae-joon and Song Young-Chang in the lead roles, this is director Lee's fourth feature-length film as a director after No Tears for the Dead that released in 2014. The film follows a corrupt homicide detective whose involvement in a police warehouse explosion is suspected and seeks the help of a teenage girl to uncover the conspiracy while being chased and attacked by the conspirators.

Distributed theatrically by Warner Bros. Korea, the film was released in South Korea on 20 March 2019 and received mixed reviews from critics. The action scenes and performances were praised but the writing and the implementation of a subplot related to the Sewol Ferry incident were criticized. It became a commercial failure, selling a total of 261,248 tickets before the end of its theatrical run. On 3 May 2019, it was made available to stream via Netflix. 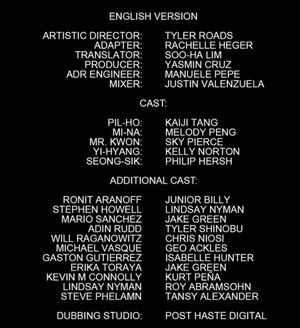